A key aim of the NanoFASE project is to study the effect of plant–soil interactions on the environmental fate and biotic uptake of nanomaterials from soils into plants and animals, providing information on important processes for incorporation into the NanoFASE soil–water-organism model. To meet this aim, a collaborative effort between teams in WPs 2, 7 and 9 was undertaken, and members of the "Dual Hemisphere Beam Team" report on this work below.

We set out to investigate how soil properties can influence the uptake of silver (Ag) from different Ag forms - pristine nanoparticles (NPs), sulfidised NPs and ionic Ag - by the crop plant, wheat. Our bioaccumulation studies showed that the uptake of Ag from each Ag form differed and that this depended on the soil type. Indeed, the greatest difference in accumulation was found between two soils, with a ~10 fold difference in accumulation between the different Ag forms. This led us to seek ways of investigating the reasons behind this observed difference… travelling with our samples in two hemispheres to access the advanced measurement techniques we needed.

We successfully secured beamtime at two different synchrotrons: Diamond Light Source, Harwell, UK and the Australian Synchrotron, Melbourne, Australia. This gave us the opportunity to determine the speciation of the silver in the different soils and also to investigate how this speciation might be linked with bioaccumulation of Ag in wheat. Our work had two main goals: 1) To investigate, in different soils, the relationship between Ag and other elements, particularly Sulfur (S), as Ag has a strong affinity with S which is expected to lower the bioavailability of Ag to organisms. 2) To determine if the plant rhizosphere (the soil environment directly around the roots) influenced the Ag in the soil and whether we could detect changes in Ag speciation at different proximities from the root surface.

The technique we used at both synchrotrons was x-ray absorption spectroscopy (XAS). XAS is a powerful tool that enables us to probe individual Ag atoms and their neighbours, giving us information on their speciation - for example, if the Ag is sulphidised or not. XAS works by sending high-energy x-rays through our control and spiked soil and plant samples. Some of the photons (the subatomic particles that make up x-ray light) collide with atoms in the samples. If they have enough energy they can give the core electrons (tightly bound to the inner atomic shells of the Ag atoms) enough energy to be liberated from the atom (the x-ray photon is "absorbed"). This is the so-called photoelectric effect, discovered by Albert Einstein in 1905, work for which he received a Nobel Prize in 1921. The fact that some x-ray photons are absorbed means that x-rays emerging on the other side of the sample are less intense. The liberated electrons can go on to scatter off neighbouring atoms and interfere with electrons from the original Ag atom, also impacting on the ability of the Ag atom to absorb further photons. This effect is dependent on the distance between atoms and their atomic makeup. Thus, by measuring the intensity of x-rays passing through the sample, we can obtain a clear picture of the atomic structure in and around the Ag atoms and importantly, what different elements (such as S) they might be bound to. 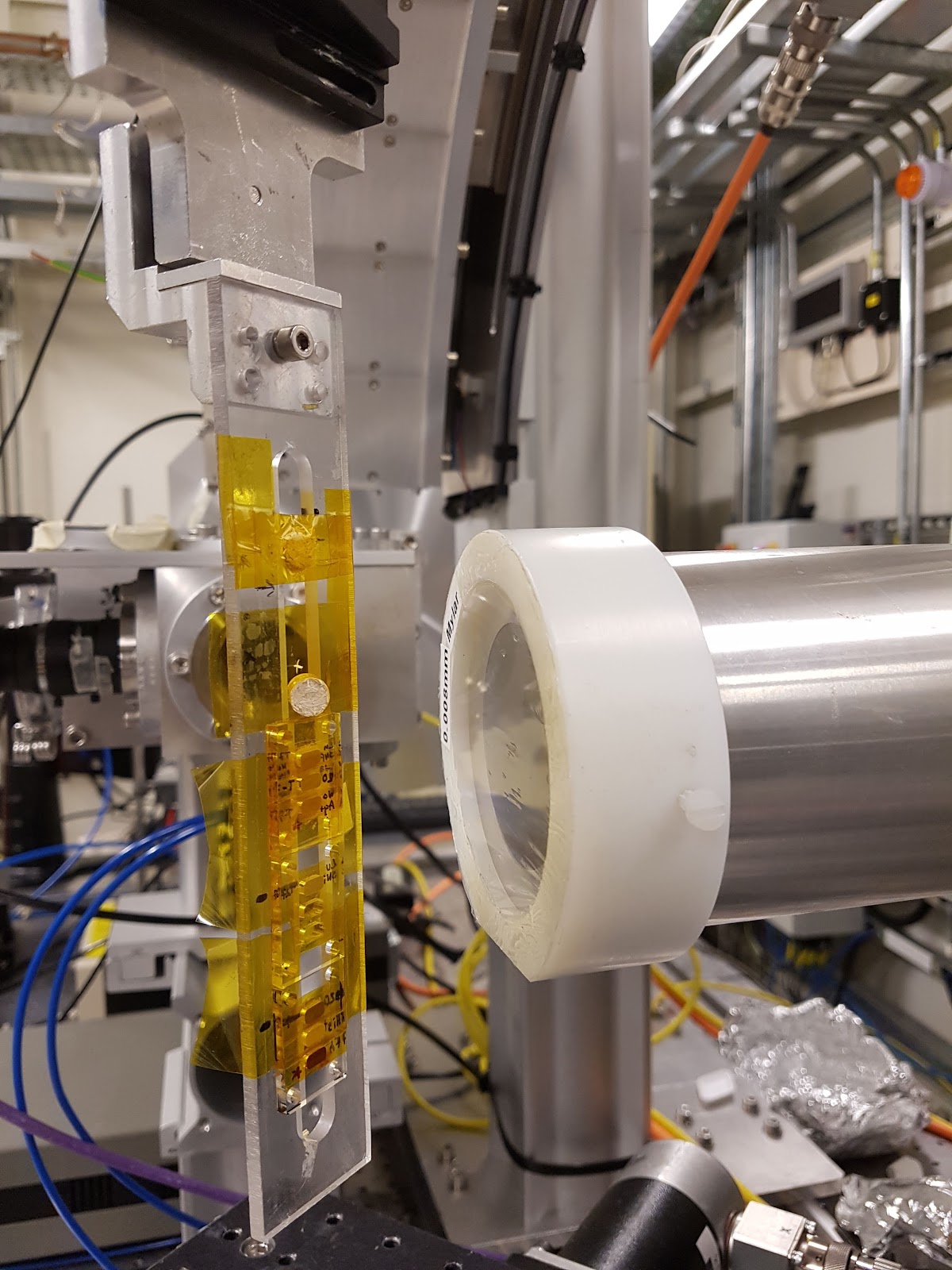 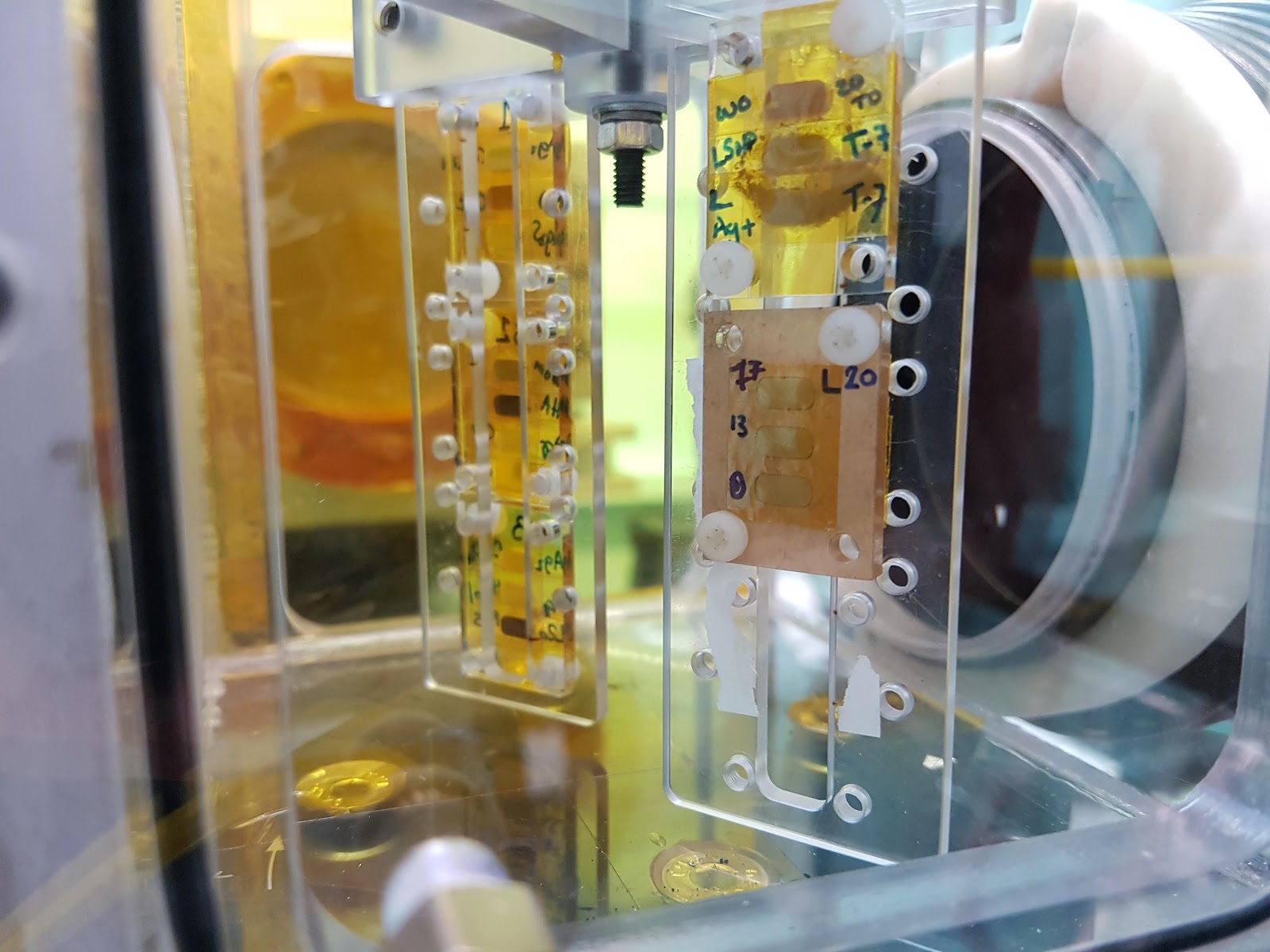 This work not only gave us a greater understanding of what happens to Ag NPs in our bioaccumulation experiments, but also gave us an excellent opportunity to collaborate with an expert in spectroscopy, with multiple beamtimes’ worth of experience - Dr Ryo Sekine of Griffith University, Gold Coast, Australia. We were also in a unique position of being able to work at two different synchrotrons, with differing beam intensities and capabilities. Furthermore, our Diamond time in the UK gave us the extra capacity to be able to work with the plant roots from the different soils, something not possible in Australia as we couldn’t carry any plant material into the country.

The beamtime on offer was for 72 hours at both the Australian Synchrotron (16-19 Nov 2018) and Diamond (19-22 Jan 2019), so once the beam came on line it was a race against the clock to get as many of our samples run as possible. First though, there had to be some optimisation and prioritisation of our samples. Once that was decided, the aim of the game was to have experiments running as much as possible - regardless of what time of day or night that might mean being awake! 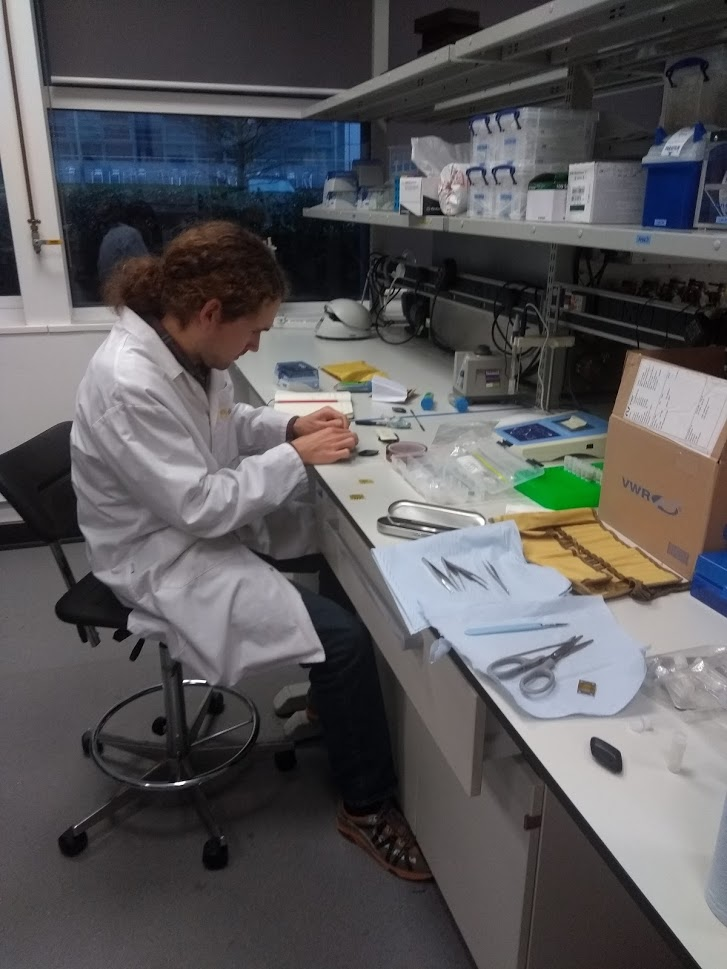 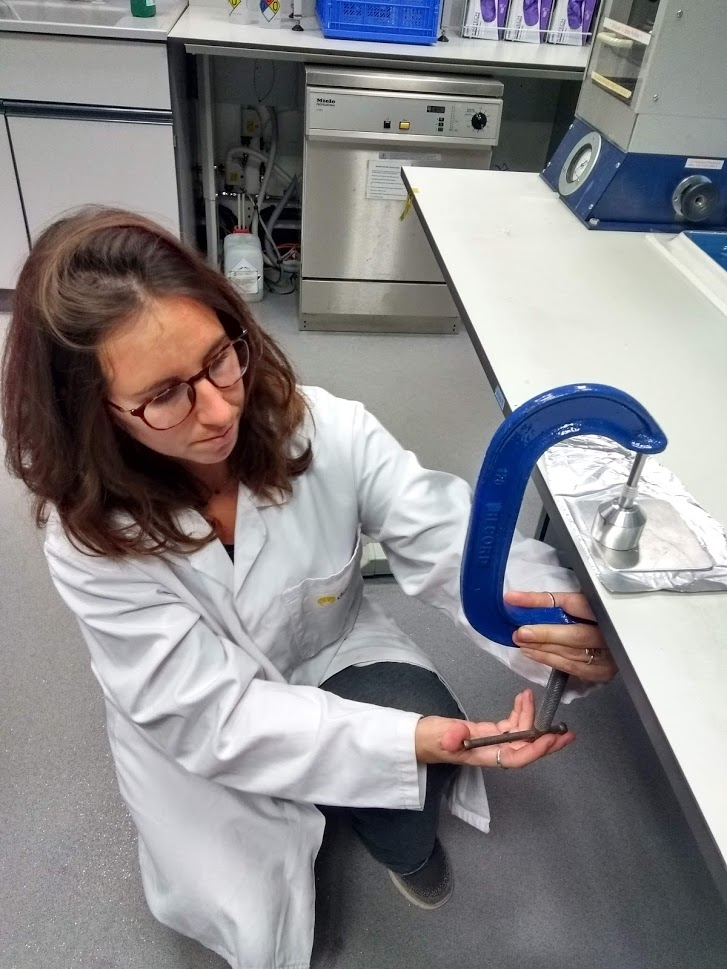 With both our beamtimes now successfully completed we have a wealth of spectral data collected, which is undergoing analysis. Already this work has taught us a lot about how different Ag forms behave in different soils. Now we want to link this with our bioaccumulation studies to see what light it will shed on the differences we observe in Ag accumulation in plants. Ultimately we will aim to utilize this new data on plant–soil interactions to inform the NanoFASE soil model. 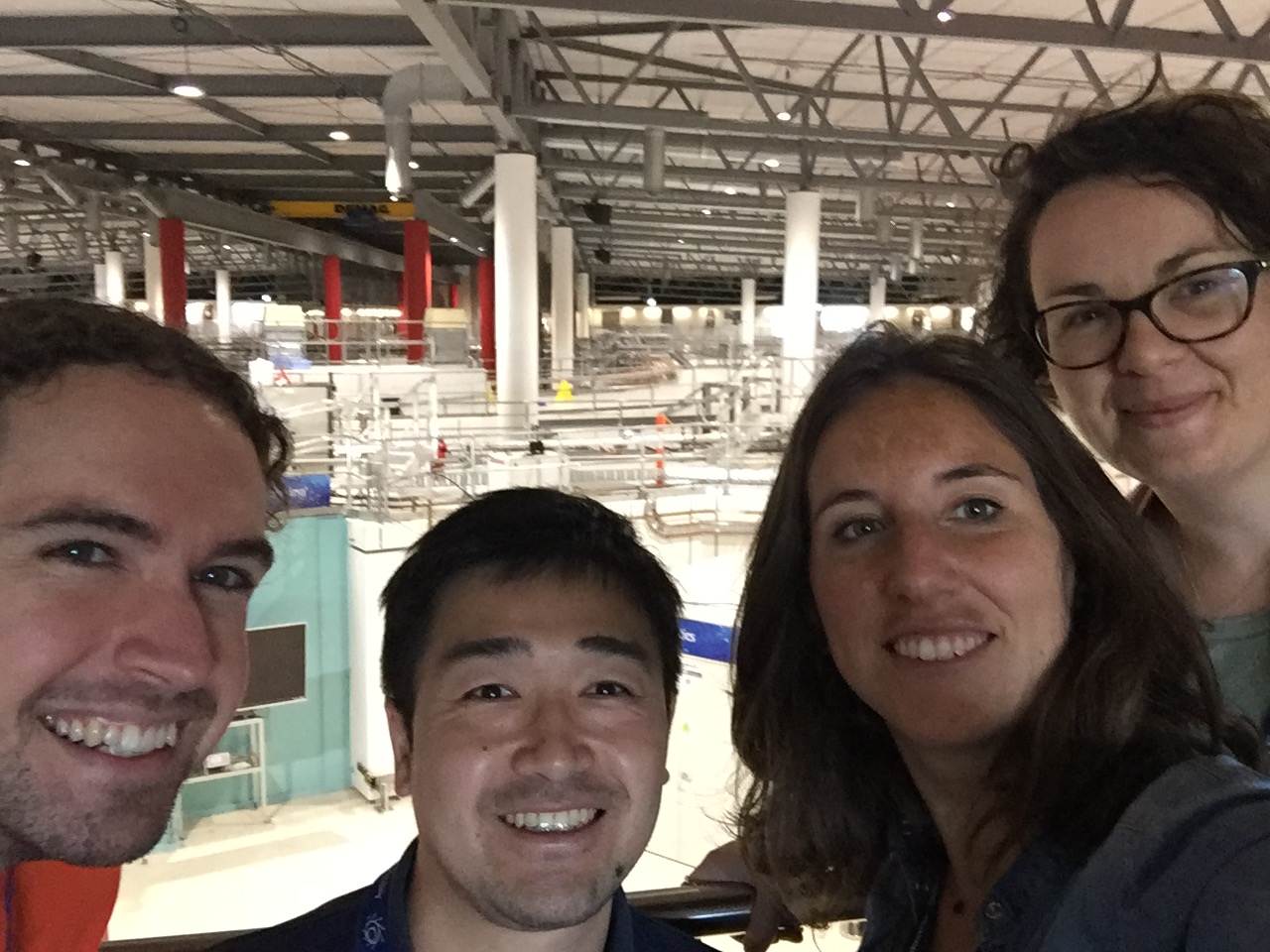 The Beam Team at the Australian Synchrotron: Sam, Ryo, Amaia and Elma, Nov. 2018 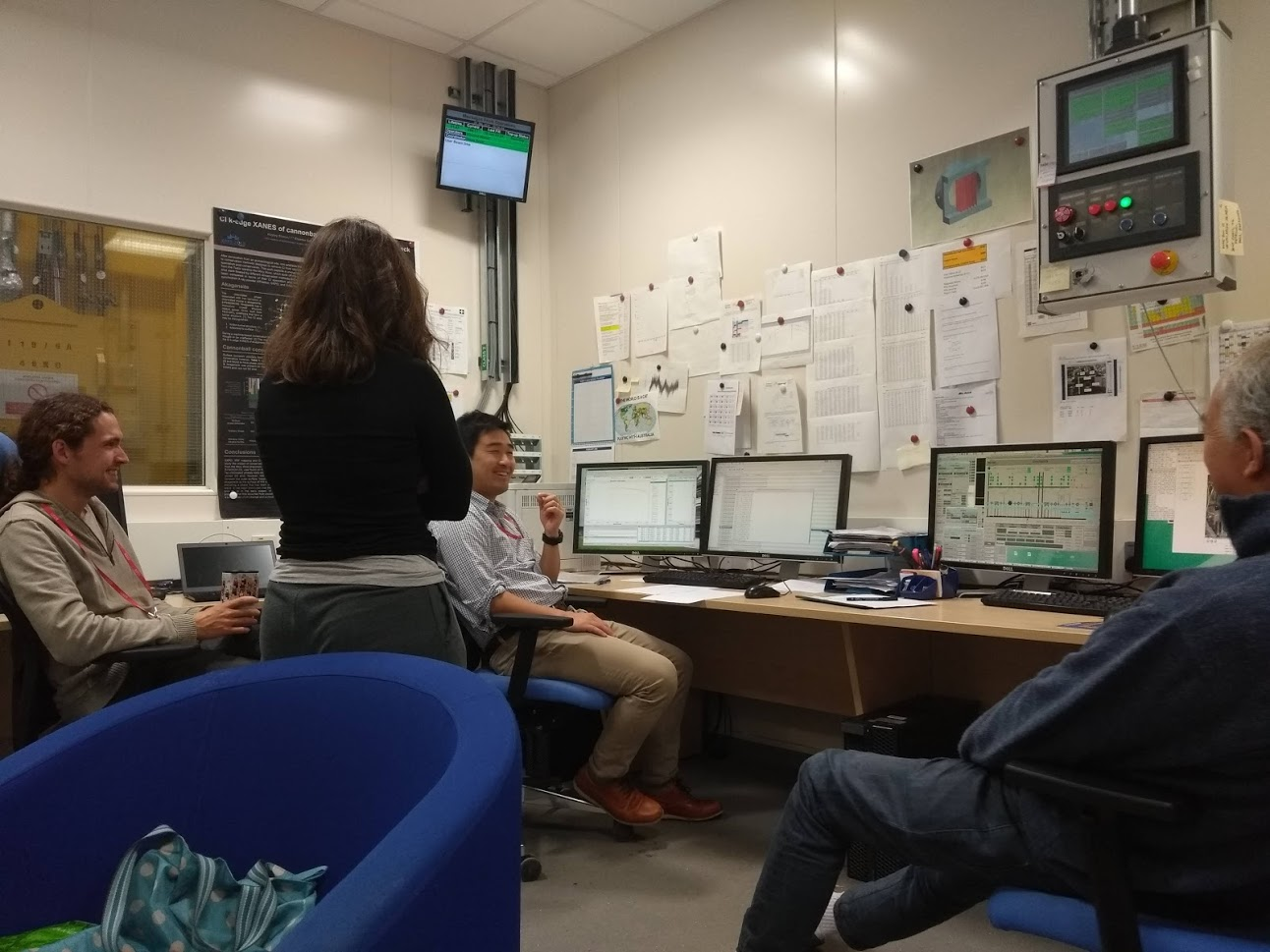 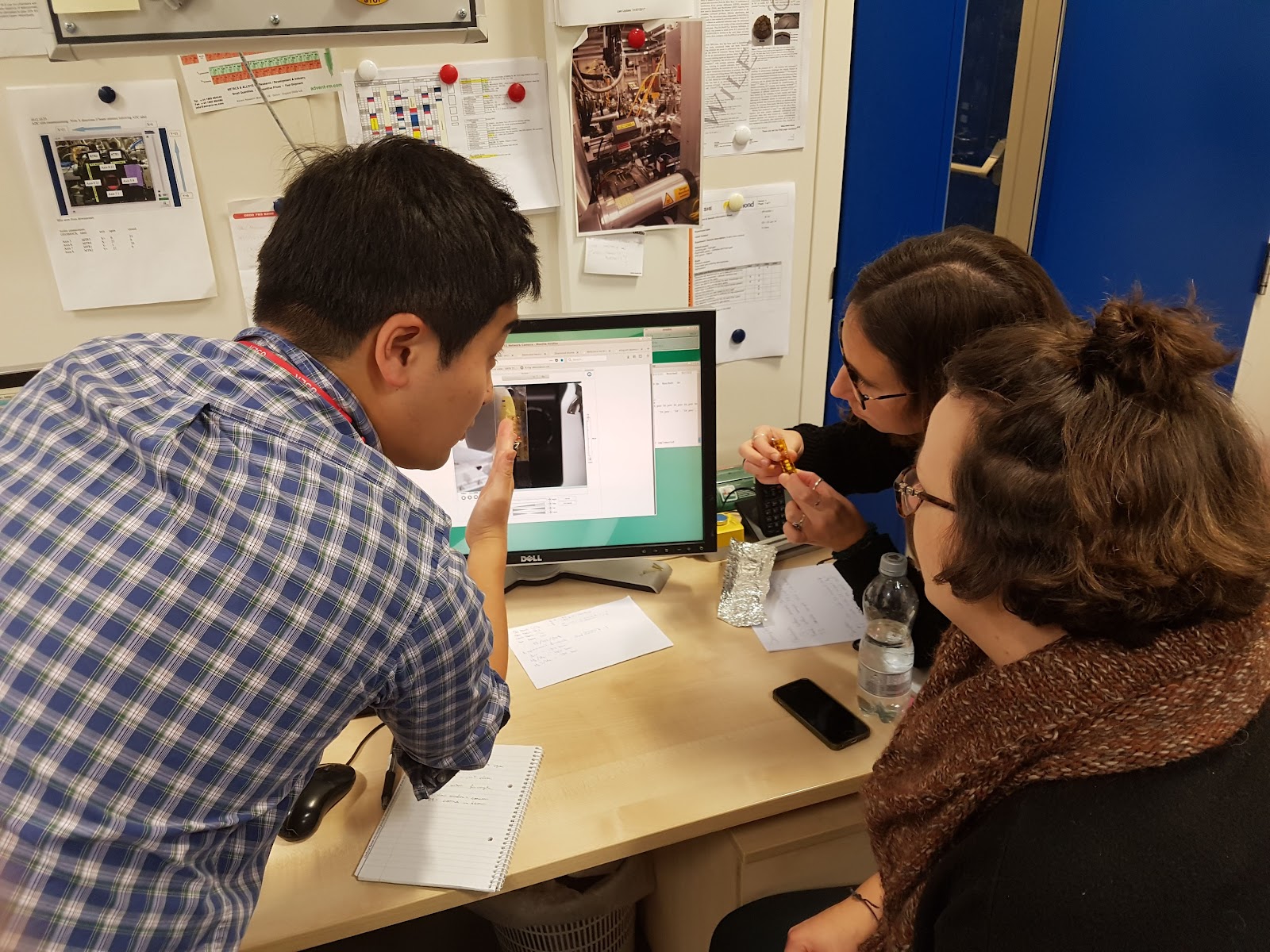